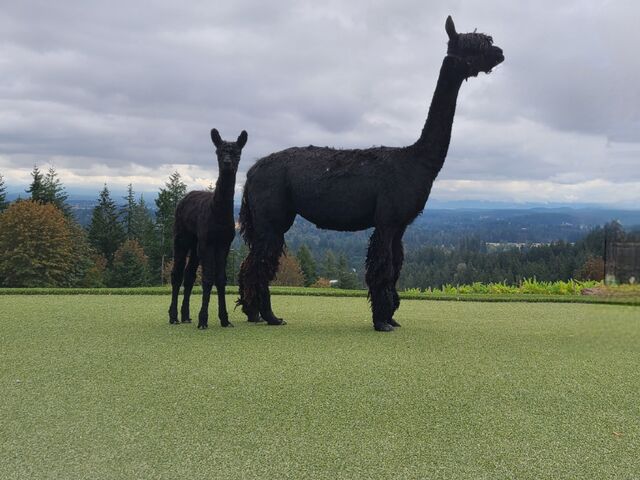 Alpha with her Dante female 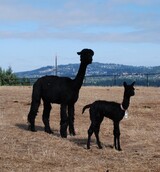 Dante Female on Side 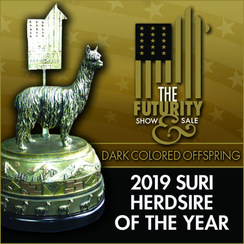 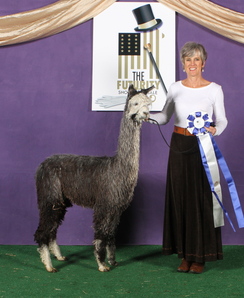 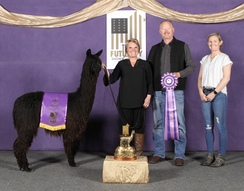 GLR Alpha is a combination of both GLR Rastamon and Cinders. She expresses herself very nicely as she has strong bone and excellent conformation. A super fine, very dense and lustrous fleece, Alpha is the whole package. She showed well as a juvi and we expect even bigger results for her this year as a yearling. If you're looking to add proven quality genetics that produce and perform at the top level, Alpha is your girl!

August 2021 Alpha had a stunning black female cria sired by Black Midnight. Alpha will be bred for a Summer 2022 cria.
Awards 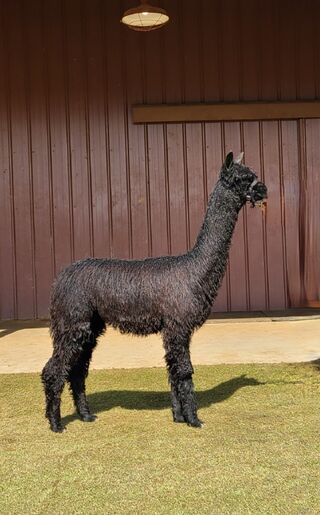 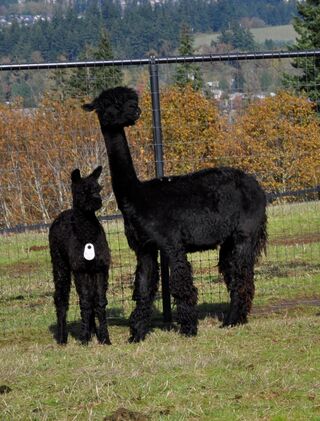 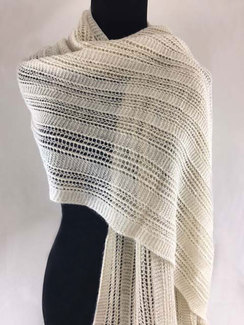 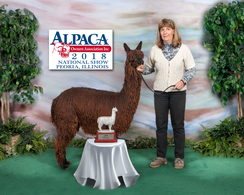 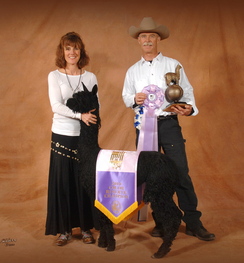